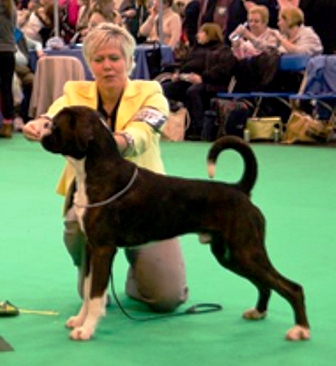 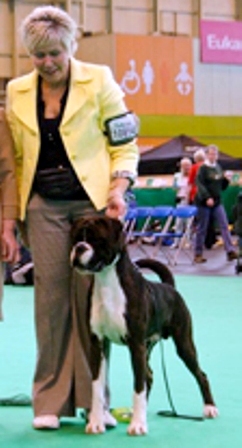 Douglas is our first 'home bred' champion having gained CCs at the following shows:

Douglas has also received RCCs from:

Douglas has had other wins:

Quote: "B/W dog in excellent condition, has perfect balance. Nice square outline, lovely crested neck going through to a firm level topline and correct tailset. Good lay of shoulder, good height in foreleg, deep forechest and good spring of rib. His head has good width of muzzle, good rise of skull and correct shape dark eye which gives him a distinct mischevious look. Move in profile and coming & going with plenty of drive and purpose. In the challenge he looked a picture and I could not deny him the CC and with co-judges agreement he was also Best In Show".

He represented us at this years (2013) 'Dog Of THe Year' and 'Pup Of The Year' competition and was awarded Reserve Best Puppy Dog by judge: Mr Andrew Brace.

Douglas is an outgoing dog with an extrovert temperament. He is confidently offered at stud, is HT 0-1 and produces red puppies. 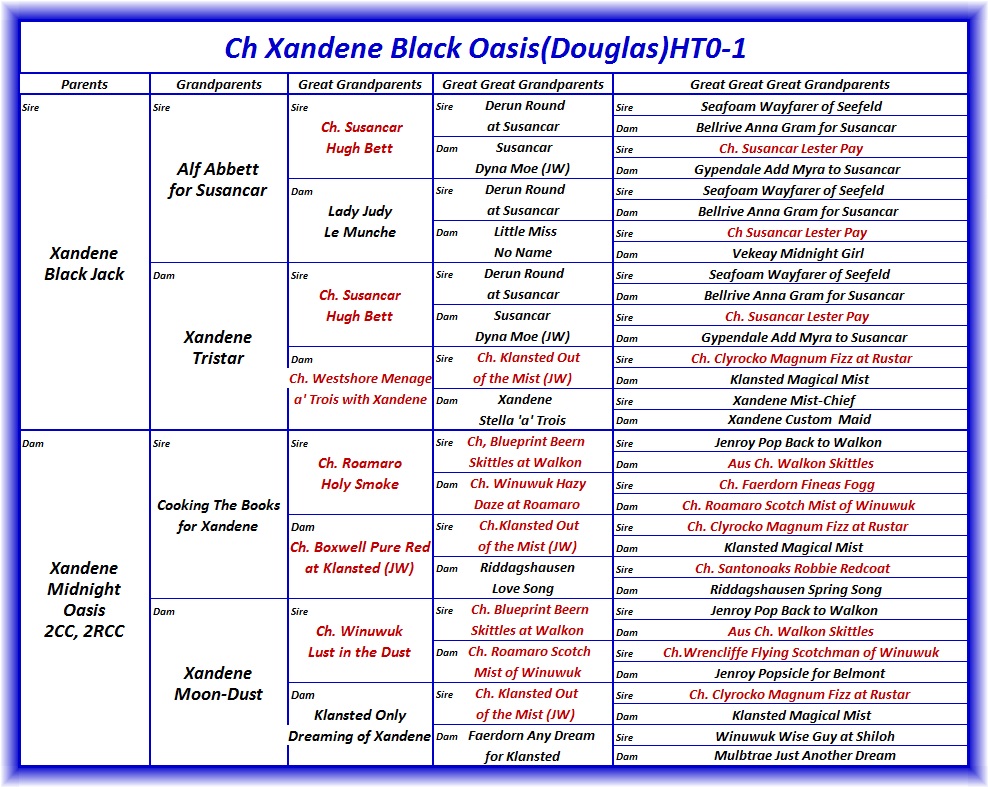 or the pedigree for an enlarged view and then click again to close it.

A larger view of the pedigree can be downloaded and printed.